Most of us remember (whether we want to or not) the horrible turd-blossom of a Masters of the Universe movie that was unfortunately defecated upon the Earth in 1987. 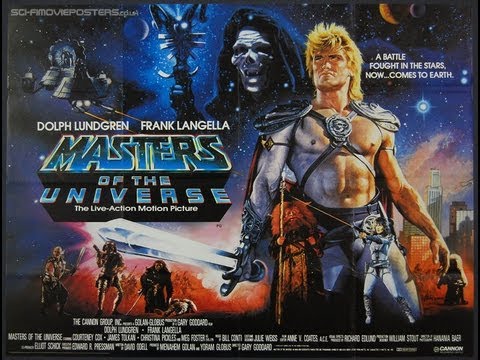 In that convoluted mess of a story, He-man and his friends came to Earth to team up with future Friends star Courtney Cox to battle Skeletor and his Star Wars inspired army over a space accordion that opened doors to other worlds by way of horrible synthesized 80’s music. (I didn’t make any of that up)

Anyway, lots of names have been circling around Mattel’s Masters Of The Universe reboot over the past couple of years.

Especially since a mysterious tweet last April appeared to confirm a release date.

This would be a terrific hire for Sony, who has been attempting to get a Masters of the Universe project off the ground for nearly a decade. Previous names attached to the project included Charlie’s Angels director McG (who stepped aside earlier this year) and G.I. Joe: Retaliation director Jon M. Chu.

No word yet on any casting choices for our favorite Prince of Eternia. At one time there was a rumor circulating of Dwayne “The Rock” Johnson having his name attached to the project, but I think there has been a rumor of his name being attached to every single other project that comes out of Hollywood as well.

Just so long as Dolph Lundgren is not allowed anywhere near the set.

Although I would be open to James Tolkan reprising his role of fiery detective Lubic!