As always, I will do my best not to reveal any major spoilers, but be warned, specifics of the movie ahead……

This is the first Geeky Daddy Movie Review I have done for a movie that was not technically a movie, but I watched it at the IMAX theater, so it counts.

Marvel’s Inhumans was originally slated to be part of Marvel’s phase 3 feature films, but was later switched to be a spin-off from the successful ABC television series Marvel’s Agents of S.H.I.E.L.D.

The series launches on ABC this fall, but some mastermind at the Disney merchandising machine realized they could release the 2-part pilot in IMAX theaters as a feature film first and double dip on the revenue! It is the first live-action television series to do this, which means other studios will be watching closely to see how successful (or unsuccessful) the method is.

The release runs approximately 75 minutes, about 10 minutes shorter than the cut that will air on television.

I was concerned how the network television produced special effects would translate to IMAX, since I previously read that only parts of the series were filmed with IMAX camera, but for the vast majority of the effects were very well done.

There were a few shots of Medusa’s hair that were not as fluid as some others and Lockjaw did appear overly CGI in at least one shot, but I did love what they did with the teleporting effect, most of Lockjaw’s scenes and Black Bolt’s voice.

The actors all put forth strong performances with the best being done by Serinda Swan (Medusa) and Game of Thrones alum Iwan Rheon (Maximus). They also happened to be the only 2 characters with depth or internal conflict, but none-the-less, well done.

The only exception to the overall strong cast performance may be that of Isabelle Cornish as Crystal. Although, in her defense, I am not sure if that was due to her acting, her dialogue or just the distractingly stupid hair tattoo. But whatever the reason, something about Crystal just didn’t resonate as well as the other characters.

The Not So Good

For some reason the producers thought that lifting the special effects from Dr. Strange was the best way to explain Karnak’s power, but it didn’t translate well at all.

Based on Karnak’s scenes, the viewer can determine that Karnak can either:

The main eye-sore of the movie was the architecture of the Inhumans’ home city of Attilan, which appears to have been solely inspired by parking garages. 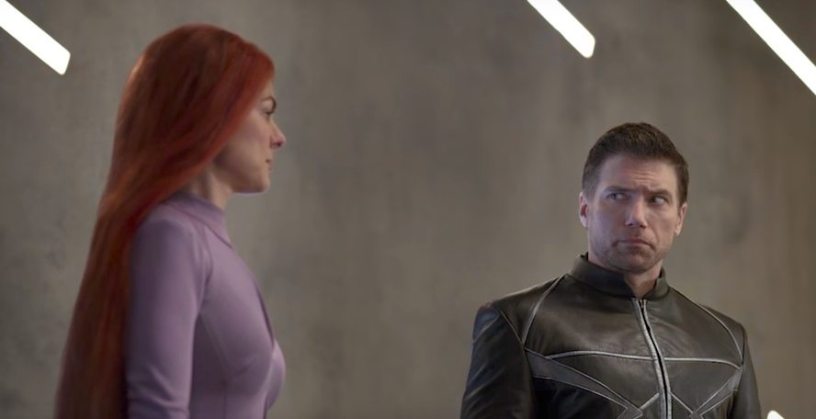 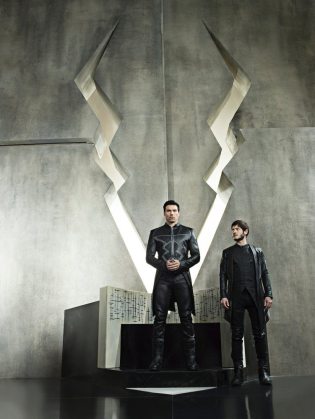 Seriously, how much grey boring poured concrete can one possibly look at before they willingly step out into the vacuum of space?

For half the feature I just assumed Black Bolt’s power was that he was able to endure sitting in the world’s least comfortable throne without hemorrhoid irritation.

Also the second half of the feature (episode 2?) saw the storytelling speed up a bit…thankfully. First episodes for any series are always slow paced. Character and plot development take priority over action, but holy cow the first half of the movie had a lot of talking and not a ton of doing.

The Inhumans live on the moon (in parking garage inspired structures), with advanced technology such as laser guns and Apple Watch inspired communication devices (with sub-Google Maps technology).

So why did Maximus go after Medusa with regular, off the Walgreen’s shelf Norelco hair trimmers? Hair care technology is not advanced on the moon?

Did the prop master show up to work one day, look at the itinerary, say “Crap! We’re shooting that scene today!” and simply run to the corner drugstore for the purchase?

Overall, I enjoyed the movie, or pilot or feature or whatever we want to call this.

The audience is able to easily jump on here without needing to have a familiarity of Terrigen gas from the comics or the Agents of S.H.I.E.L.D. series. Although, I am not sure that a casual television viewer (non-comicbook fanboy) would be drawn into the series having just watched this pilot.

ABC’s choice to air Inhumans on a Friday evening is of note as well. The series is obviously targeting the male 18-34 year-old market who will be trying to score dates for those particular evenings. Maybe ABC is hedging their bets on DVR’s, or those fan-boys just not getting dates?