Nic Cage has power and influence over many things…

In the early 1990’s, Volvo cars were experiencing a serious sales slump in the United States. Was it due to a stale product offering? Had the consumer’s taste of the 90’s radically changed from Volvo’s previous buyers?

The early 1990’s were an odd time in the States and saw some odd taste choices. For some unknown reason we were entertained by Beavis & Butt-Head, we purchased things like Furbies and we flocked to the movie theaters to pay money to see Nicolas Cage in various haircuts.

For whatever reason, Nicolas Cage would prove to be the hero of the mid to late 1990’s that Volvo needed, as his box office clout continued to rise through the 1990’s with one blockbuster after another.

It all started in 1996’s The Rock, in which he co-starred with Sean Connery. In this film, Nic makes it very clear that his character Stanley Goodspeed lives a boring life, so boring that he drives a “Volvo, beige one” 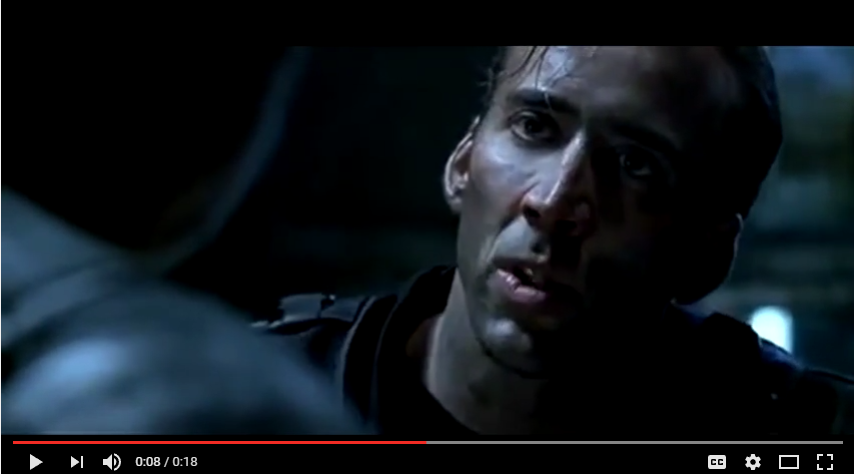 In Con-Air, Cage disposes Dave Chappelle’s body off the plane and it can be seen crashing down, crushing a beige Volvo.

Note the airbags deployed.  Volvo’s are known for safety.

That same Summer, Cage also made an escape by stealing a beige Volvo from a parking valet in Face/Off.

How big of an impact did these product placements have on Volvo’s U.S. sales?

Here is what happened to U.S. Volvo car sales and market share over the same time period as Cage’s box office reign and immediately after:

What is the reason for this parallel?

Does Nic Cage control the power of suggestion?  Did he plant some kind of subliminal message in our subconscious to run out and buy boring vehicles manufactured by our Nato Allies?

And if he does have this incredible ability, why didn’t he use it for something more useful? Like to somehow save lives? (Or at least to choose better movie projects to work on?)

Maybe he did and simply need time to learn how to use his powers more effectively? On the chart below, you can see conclusive proof that the more movies Cage works on per year, the less people die in helicopter accidents!

So there you have it!  Proof by the numbers that Nicolas Cage has mental powers beyond our understanding!

Sidenote: He also has influence over the number of female editors on Harvard Law Review.

Note to readers: if you purchase something through one of our affiliate links we may earn a commission.