You know how sometimes when you are flipping channels you come across an 80’s sci-fi movie that wasn’t all that good and your initial reaction is “huh, this is on again!?! It is on all the time!”

But later you are shocked to find that 90 minutes went by and you watched the whole movie.

My two questions are 1) Why do we end up watching the movie again and 2) why is it always at the same point in the movie that we turn it on?

Here is Geeky Daddy’s Top Ten list of 80’s Sci-Fi Movies that weren’t that good but you end up watching them to completion anyway:

Dennis Quaid is a human fighter pilot who is shot down onto barren planet where soon encounters a fellow downed pilot from the species he is fighting, played by Louis Goessett Jr.. The two are forced to put their differences aside and work together to survive the hostile environment.  Through the experience, the human finds himself caring for his enemy in an unexpected way. What the movie lacked in high end special effects, it made up for with…ummm..well…nevermind.

Shortly after the success of Star Wars, many movies tried the space opera format.  This was one of them, complete with pirate space ships, swords and a princess.

In the distant future space, ice has become a rare commodity and Robert Ulrich (at his Han Solo-est) leads a band of pirates whose bounty of choice is…you guessed it: ICE! This movie did have some successful comedic scenes between Ulrich, Michael D. Roberts and Ron Perlman. 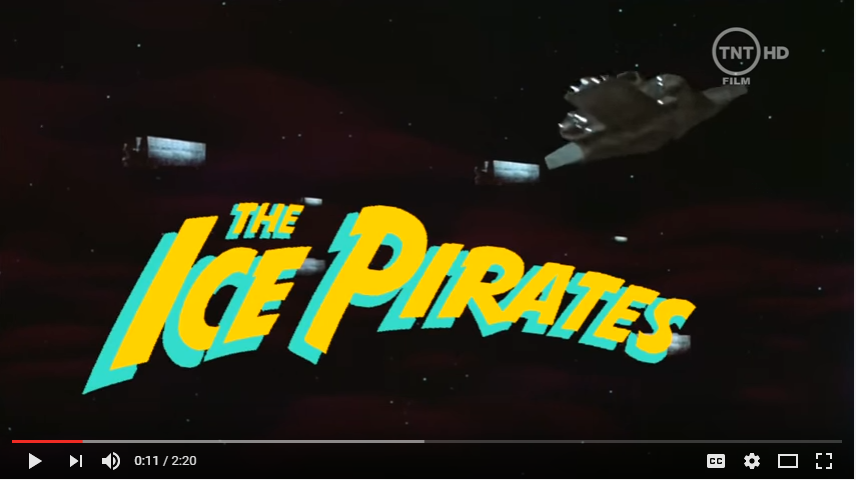