Geeky Mommie here (ok, so Geeky Mommy was taken as a user name), with a review on Beauty & the Beast. Geekydaddy got out of having to see it – he’s not really a fan of anything that’s not an action movie or comedy. There are a few spoilers here at the end, but since the tale is literally as old as time (aka 1740), there’s not too much to spoil.

The movie starts by showing us the Prince (not a 9-year-old boy like in the cartoon version) as an adult who is cursed by an enchantress. Stay tuned for lots of ranting about the enchantress. It then cuts to the line “who can ever love a beast” and I got chills as Belle’s song “Bonjour” starts. It was just so cool seeing everything live – your cartoon literally just came to life!

Emma Watson is very cute as Belle (and has some nice singing pipes) and Kevin Kline shows up as her father. For whatever reason this made me feel old because Kevin Kline playing Crazy Old Maurice when I’m used to him in movies like A Fish Called Wanda just made him seem ancient.

They try to add a little more backstory about Belle’s mom, but not sure why honestly. It’s a Disney movie – they don’t have moms. Ariel – no mom. Jasmine – no mom. Snow White – evil stepmom. Cinderella – evil stepmom. You get my point. It seems like a few of the details such as Belle’s mom, the age of the Prince when he was cursed, the curse making townspeople forget about the castle/Prince, etc are trying to fill in “plot holes” identified by the Internet but people really need to calm down. Not everything needs to be explained away.

Also in the town is Gaston and LeFou, played by Luke Evans and Josh Gad respectively. Both were great, but I kind of wish this guy had played Gaston.

The beginning of the movie is pretty similar to the cartoon except that Belle gets bullied a bit more by the townspeople for reading and teaching a kid to read. Good thing she wasn’t in Salem in the 1600s when they hung women who could read as witches. Then Maurice stumbles upon the castle, gets caught and Belle has to go get him out of trouble.

The now empowered Belle, who seems to have more spirit and fight in her than the cartoon version, thinks that she’ll just escape from the Beast, thus explaining why she’s happy to trade places with daddy. Now cue all of the inanimate objects in the castle – Lumiere (Ewan McGregor), Cogsworth (Ian McKellan), Mrs. Potts (Emma Thompson). If you want to convince people like Geeky Daddy to go to the movies with you, just tell them it’s Obi Wan, Magneto and the ditsy witch from Harry Potter and they’ll be sold! Interesting enough, just like in the cartoon, Lumiere is the only one speaking with a French accent, even though they’re clearly in France. I guess that an English accent in France makes just as much sense (I’m looking at you Drew Barrymore in Ever After).

Lumiere and Cogsworth just don’t seem as friendly and cute as the original, but I didn’t find them creepy like some Buzzfeed articles I’ve seen. I also wonder if they were missing some money in the budget to not afford suits of armor so that Cogsworth could crack “If it ain’t Baroque, don’t fix it.” Anyhow, both Belle and Maurice are more creeped out by talking dish ware than in the cartoon version, so a little more of the realism.

The Beast’s makeup looks great (I should know, we’ve watched every season of Face Off on Syfy, so I feel like we know what to look for!) and the chemistry between him and Belle was quite nice. It didn’t feel like a weird Stockhold Syndrome type of thing, but just two young people getting to know each other.

The songs were great and they added a new one (meh) toward the end as well. “Be Our Guest” was CGI heaven and “Beauty and the Beast” looked just like the cartoon, which I recall in 1991 was a huge innovation in animation. My favorite was Gaston’s song – there was just so much energy and it seemed like everyone was having a fun time filming it.

Speaking of Gaston, he was both better and worse in this version of the movie. He really was trying to court Belle and gain her father’s approval, but failed miserably and became an even worse/abusive person than in the cartoon.

There were a few scary parts that make me recommend this movie for 8+, unless your children are very mature. The wolves did appear, and while not as scary as Direwolves, they weren’t cute and fluffy either. And Gaston was a bit scary at the end as well. Also, quick warning that Chip and Mrs. Potts have a dialog where she tells him that she’ll tell him something when he’s older, at which point he waits 5 seconds and says “I’m older now.” I can see that getting old (no pun intended) really quickly! Maybe this is why Mrs. Potts is the only Disney mom I know of…

Anyhow, I give this movie a 3.5 out of 5 and just north of Care Bears.

There was a lot on controversy regarding LeFou being an openly gay character and a lot of people up-in-arms. It was so subtle that a kid would miss it as it’s a comical scene. Yes, LeFou is Gaston’s buddy, but he could have just been a friend. At the end, a villager is “attacked” by the garderobe in the castle and dressed in a gown and makeup and he’s really happy with his new look. Later on at the ball, him and LeFou end up dancing together as partners change during the dance. Whatever. LeFou was really cute as they gave his character a little more depth and the gay implication was a blink and you miss it type of thing.

Yes, Gaston is the villain in the movie, but the Enchantress really should share the role. In the beginning, the Prince was a party guy who was spoiled and selfish. Reminded me of Ally Sheedy in Made to Order – awesome 80’s movie). It wasn’t like he was taxing his people to starvation or putting them in prison. He just didn’t offer shelter to an old lady who crashed his party, but seriously, shouldn’t the servants have dealt with the woman?

Anyhow, it was one error in judgement and she gives him a potential life sentence as a beast and pretty much gives a death sentence to all of his servants. If he can’t find someone to love him, all of the servants turn into inanimate objects, which kind of seems like killing them, right? Seems a bit extreme. And even worse, when she makes it so that no one in town can remember the Prince and the Castle (closing those plot holes), Mr. Potts forgets all about his wife and young son. WHAT? How is this OK?

And while I get it that it’s based on the original story by Gabrielle-Suzanne Barbot de Villeneuve and you need to stick to the plan, if this really was about teaching the Beast a lesson (and not just punishment), shouldn’t the spell have been broken by having the Beast being able to love someone else and not someone love him? What if Belle loved him and he didn’t love her back? No lesson taught.

I suppose in terms of fairy tales this isn’t the worst (e.g. no witch trying to eat children in her gingerbread house), but still think that the Enchantress is pretty awful. 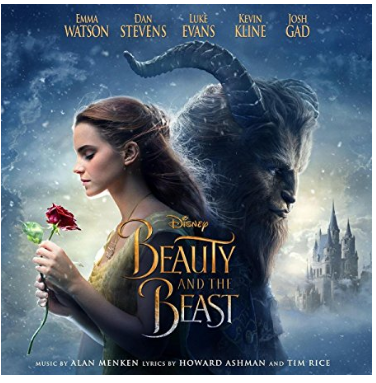