I am grinning ear to ear writing this!

I loved when Mystery Science Theater 3000 first came to Comedy Central.  My older brother and I would stay up late at night just to watch Joel Hodgson and his crew of quirky robot friends be tortured with some of the worst (cheap licensed) movies possible. 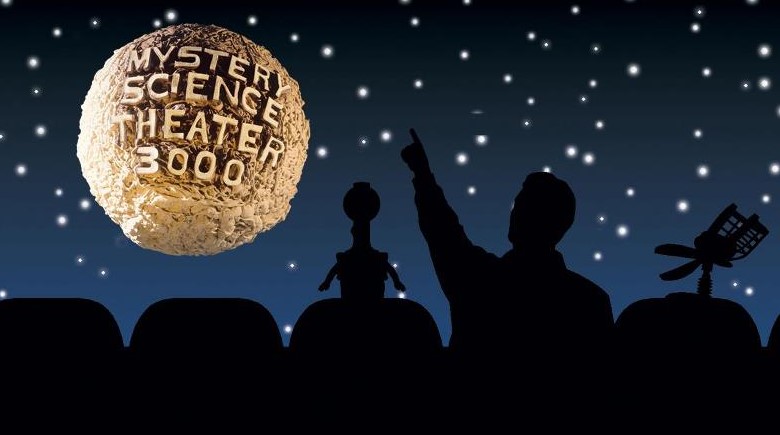 Then I remember in 1996 dragging my little brother to see Michael J. Nelson get tortured by “This Island Earth” in the “Mystery Science Theater 3000 The Movie”. One of the few movies that I can honestly say I laughed out loud throughout.

I even dragged my wife to see a live show at the Ann Arbor Theater a couple years ago to watch the original cast of the show live poke fun at a movie.

Well now Netflix is making it so I don’t have to drag my family members all over town to torture them, I will be able to do it from the comfort of our living room!

In the not so distant future of April 14th, NetFlix will launch the Mystery Science Theater 3000 reboot.  Some of the reboots NetFlix has launched have been received by fans with mixed reviews (looking at you Fuller House) but I have high hopes that the loyal fan base of this show will receive this one well.

The classic Bots are back (I love Tom Servo), the set has the same cheesey “I just constructed this in my basement” type feel and I like the inclusions of Felicia Day and Patton Oswalt (this dude is everywhere) as the offsprings of the mad scientists Clayton Forrester and Frank.