Many things from the 1990’s had short careers.

2 other short lived careers belonged to Fred Durst and Sega Dreamcast. But in 2000, both were on top of their games and teamed up for the Limp Bizkit Starfish and the Hot Dog Flavored Water tour. 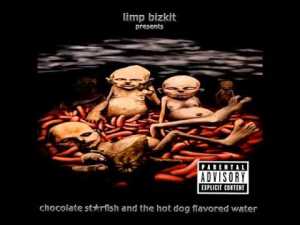 Sega sponsored the tour and brought Dreamcast along so concert goers could play and hopefully subscribe to Sega’s new online service, SegaNet.  Segabits has the full story of their match made in 1999 heaven.

Apparently, as part of the tour, Limp Bizkit frontman Fred Durst autographed some of these game consoles and, per ebay seller Hollywoodstorage1, only six are still in mint condition today.

MetalSucks found out that 1 is selling on ebay with a starting bid of $700 (or buy it now for $1,000). This is the 1999 model (Dreamcast was discontinued in 2001), only opened so Durst could sign it and stored in a climate controlled environment, per the seller Hollywoodstorage1.

Auction ends February 23rd, so if you want to own this piece of turn of the century music/video game history, act soon!