This is one of those updates that could be HUGE!!! or could not mean a damn thing.

This could be tidbit could be shattering for the new Star Wars ‘canon’ or it could be the biggest nothing since Y2K.

Either way, I’m going to write about it!

io9 discovered that sometime between October 2016 and this past Monday, some interesting language had been adjusted on the official bios of both Rey and Kylo Ren on starwars.com.

The exact wordage of “mysterious connection” and “strange connection” has been added to both their bios. 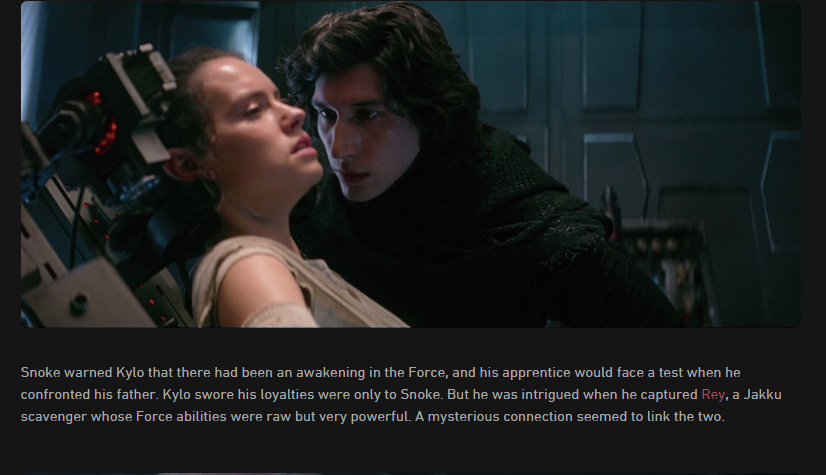 Anyone who has seen “Force Awakens” know there is some type of connection or parallel between these two characters.  The most predominate fan theory being that they will be revealed to be siblings.

I am not sold on this theory, partially because it seems way to easy.  Also I think there would have been much more of a reaction from Leia when she met Rey in Force Awakens if Rey were her daughter. (See HERE for another theory on Rey’s lineage I previously wrote about.)

The only official release from Disney in this time window has been the confirmation of the official title of Episode VIII “The Last Jedi”.  Could this be what prompted the bio updates?

What do you think?  Was this simply a standard editorial update (which probably happens often) or staging for a possible major reveal in Episode VIII?